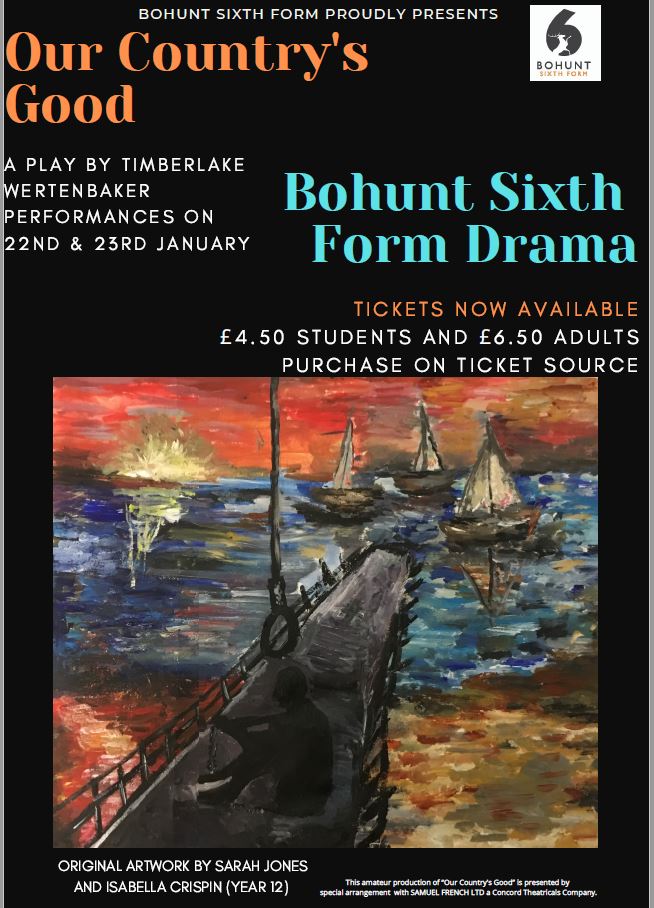 The play tells the story of a group of convicts who are being held in the first Australian penal colony, under the 18th Century British judicial system in Australia.

The convicts are preparing to perform a play. This ‘performance’ is harshly opposed by many officers as trivial and not rooted in justice, however strongly encouraged by Governer Phillips, who asks ‘we are indeed here to supervise the convicts who are already being punished by their long exile. Surely they can also be reformed?’

Our Country’s Good is a stark, yet heart-warming tale of punishment, justice, love and unity.

Tickets are on sale now via Ticket Source.